Dr. Bartell / Articles / A Pilot’s $100 Hamburger and Waggling of Wings

A Pilot’s $100 Hamburger and Waggling of Wings

Dr. Tom Bartell on the fly

I am a private pilot.  I don’t mind saying that I’m pretty proud of that.  Being a pilot makes me part of an exclusive club.  In the entire history of humans on this planet, only a very few have been given the privilege of piloting an aircraft.  Even after I stop flying (which is regrettable, but eventually necessary), I will always be a pilot.  In that regard, it is like being a doctor.  Even when I retire from active practice, I will still be a physician. 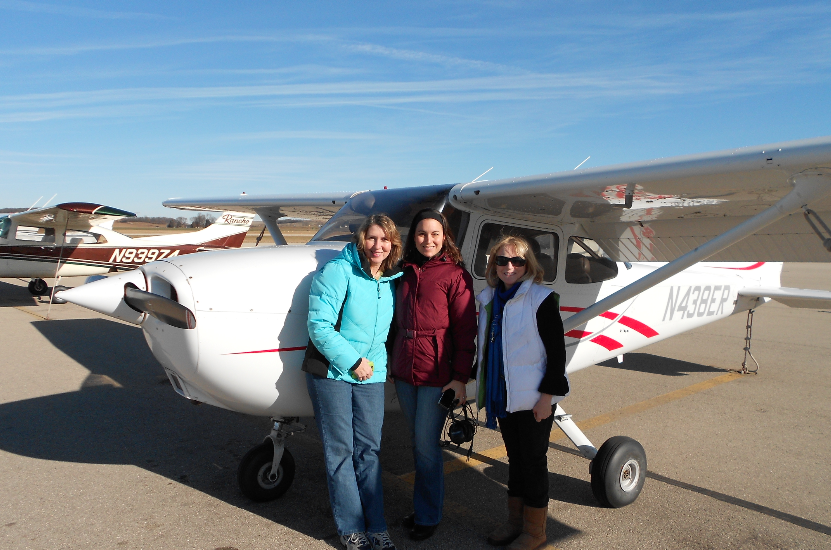 I came to aviation later in life, obtaining my private pilot certificate at age 54.  I fly in a club which has two single-engine Cessna planes.  My flying is mostly for recreation;  I seldom use the plane for transportation.  Most of my flights are to airports within 50 to 75 miles.  I am usually flying to an airport that has a restaurant or two in the vicinity.  These meals are referred to as the “$100 hamburger”, because when you total the expenses of flying the airplane (rental, insurance, fuel, club dues, etc.) that’s about what the burger costs.

Piloting a plane is a little like performing surgery, which is one of the reasons it appeals to me.  Both require a lot of training, attention to detail, planning and discipline.  In addition, both can require some improvisation when things don’t go exactly as expected.  Also, one of the most important lessons that can be learned in flying as well as surgery is when not to do it.  If a patient isn’t a good candidate (for whatever reason), surgery should not be attempted.  Similarly, if weather conditions or the functioning of the plane are not ideal, the plane should stay on the ground.

Keep Your Head Down

I try to fly at least once per week, sometimes just to practice landings or stalls (yes, we practice those).  Many times I will circle over our house and “waggle my wings” as a greeting to my wife.  So if you happen to see a small airplane flying around the Madison area, it just might be me.  So keep your head down!